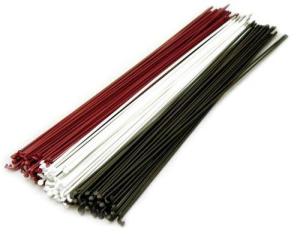 I got up at 5:30 on Saturday morning because I had a ride at 6:30 and knew I had a flat that needed fixing. Too lazy to do it the night before. I thought I would fix the flat then have a leisurely breakfast. No such luck. As I was taking the tire off I noticed that I had another broken spoke – right at the nipple so it was hard to see. I had another spoke but I was also pressed for time. I had to leave at 6:15 to get to the ride start point. So I got out the tools, took the rear cassette off, pulled out the broken spoke, threaded in the new one, put the cassette back on, put a new tube in, found the valve on the new tube was defective, put a second new tube in, it worked, put the wheel back on, sort of trued the wheel and looked at my watch. It was now 6:10. I jumped into my shorts and shoes, filled water bottles, jumped on my bike and was gone. No breakfast. And …. I was the first one there. Should’ve had breakfast. Nice ride though.